One of the reasons I really liked Twitter was because I found interesting people I didn’t even know I was looking for, they just popped up in my Timeline – a whole world of interesting characters, their businesses, thoughts and shared 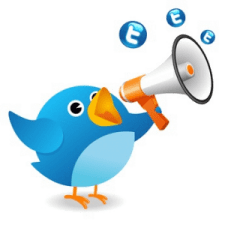 interests were right there, in front of me on my laptop, tablet and phone!

But things changed a few months ago and now, by default, Twitter decides, through its algorithms, what you would like to see, based on interactions you have previously made.

I have missed seeing all the (granted) sometimes random tweets that used to appear, but I think that was one of the great things about Twitter ….  the chance to connect with people you didn’t even know you were looking for.  So I decided to look into it and see how easy it would be to change it back and the good news is that it is very easy!  Find out how in Tip #3 below.

At the same time I was being asked a lot of questions by people who were also interested in using Twitter to raise their own awareness and how to go about it, so I thought I would wrap all of the tips up in one Blog and here they are:

Tip #1: Build your presence by interacting with Followers, Industry Leaders, Experts – Reply, Retweet with a comment and Like often.

Because of the changes in the algorithms and the appearance of users’ Timelines it is more important than ever to interact with the people whose Timelines you want to appear on.

Tip #2: Position the @username of the person  you are mentioning within the body of the Tweet.

By doing this all of the mentioned persons’ Followers will see it – if the username is at the start only that user will see it.  Again, this is even more vital with the changes to the Algorithms.

Tip #3:  If you aren’t keen on Twitter deciding which Tweets you see on your Timeline, you can change it.

It really is a very quick thing to do – simply go to Settings, then scroll down to Content and un-check the Timeline box:

Save your changes and see the difference – and if you prefer the algorithms deciding what you would like to see its easy to change back.

Tip #4:  Retweet (RT) and Quote Tweets (from mobile) to share interesting Tweets, when you do this mention the originator.

By mentioning the originator in your Retweet or Quoted Tweet you are interacting and so increasing your chances of appearing on their Timeline, as well as it being a really nice thing to do 😉

Tip #5: Use images in your Tweets, have a Header & Profile photo. Recommended dimensions by @CoSchedule

Twitter didn’t used to be thought of as a Social Media tool to which you could add images – but you can and according to @CoSchedule:

Adding images to your tweets not only gets you 18% more clicks, but also 89% more favorites, and 150% more retweets

The dimensions for your Twitter images are shown here: 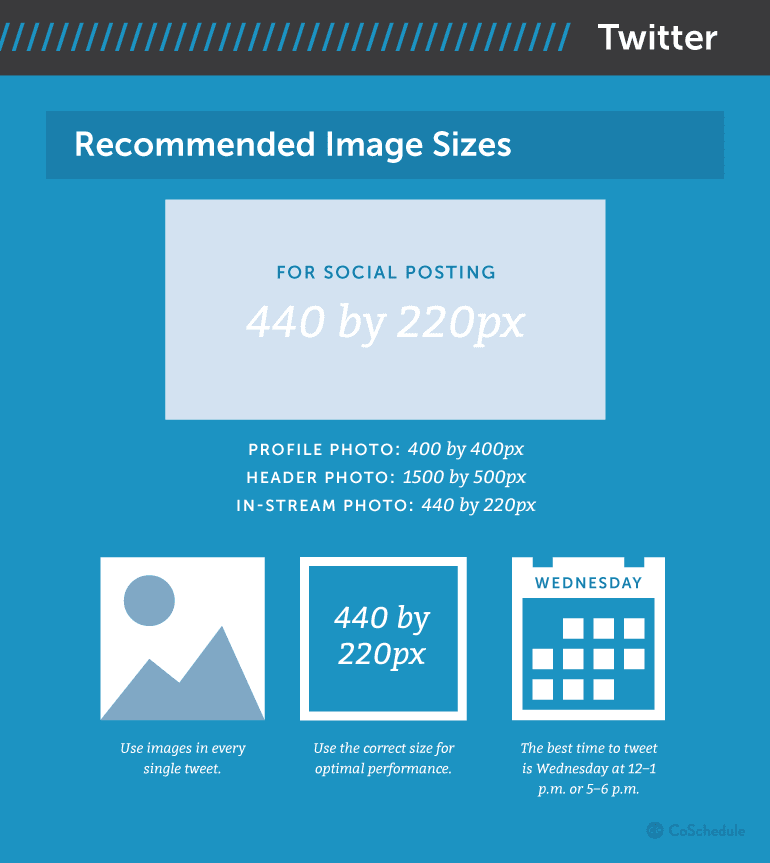 For loads of excellent tips check out their Blog: How To Make The Best Social Media Images The Easy Way (+ 84 Free Images)

Tip #6: Use #Hashtags so that others can find you by searching on a subject you are tweeting about 🙂

If you don’t use Hashtags others will not see your Tweets, it’s that simple.  Use a word which is relevant and only use 2 or 3 Hashtags in a Tweet.

Tip #7: Make use of Twitter Lists – see relevant Tweets by creating/adding to your own & subscribing to other

By making use of Twitter lists you can create your own Timeline which contains Tweets from those on the list which are pertinent to the subject area of the list.  For example, I have a list called CRM to which I am gradually adding people who say interesting things about CRM 🙂

My final tip is that of when to Tweet – research carried out in the States shows that it is on a Wednesday between 12noon and 1pm or 5pm and 6pm!

I hope that you have found my tips useful, if you would like to discuss  further how to increase your visibility on Twitter then please contact me.

We're currently offering a complimentary initial meeting to review your business. To access this offer please get in touch.